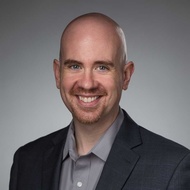 Quick thoughts on the Chauvin verdict:

Patriotic Americans are learning that they cannot count on the police, the law, or the justice system to protect them and their natural rights. It is time to leave the cities, stock up on guns and ammo, and prepare to do what is necessary to ensure the safety of your families.

Move to red states, and to rural areas, but do not let down your guard. Leftists spend every waking moment plotting to turn cities like Bozeman, St. Louis, Tulsa, and Boise into Minneapolis, Atlanta, Philadelphia, and Portland. It is not enough to simply ask that we be left alone. We have to fight to maintain what we have, and begin to take back lost ground.

We say "the mob influenced the jury to vote the way they did" and mean that this was a travesty of justice. The leftists say the same thing, but with pride - communists have always used mob violence to achieve their political aims. Their aim right now is the complete destruction of Western Civilization.

Concepts such as the trial by jury, the common law, and the presumption of innocence are part of America's Anglo-Saxon heritage. The woke mob says that is "racist" and "white supremacist" and must be abolished. They would replace it with a legal system based on skin color and other intersectional values.

Weak men like Greg Gutfield celebrated the verdict because they think they can sacrifice Derek Chauvin to the woke mob in exchange for a return to normalcy. They misread the situation. There is no going back. This verdict will only encourage the woke mob to get more violent, and to try and take more ground. They are already saying tonight that this verdict is not enough. The Cultural Marxists will not rest until every acre of this country either bends the knee or is burned to the ground.

As for the police, this verdict shows that big city politicians do not have your backs. You can do everything you were trained to do and still be hung out to dry as a sacrifice to the woke mob. Every police officer in America should resign tonight. Leave the cities and move to red communities that appreciate and support patriotic law enforcement personnel.

Hopefully today's events convince more normal conservatives that they cannot simply shut these things out and return to their football games and barbecue grills. The future of our nation, our people, rests in our hands, and we are running out of time to save it.

I was privileged to have another opportunity to write for The National Pulse, this time reviewing a pseudo-documentary that uses cherry-picking and outright fabrication in four hours of blood libel against white European Christians.

I just wrote a short post at the blog about a fascinating discussion between Michael Anton and Curtis Yarvin on the idea of an American Caesar, which is something I have written and spoken about before. The whole thing is worth listening to. https://declineandfall.blog/2021/06/04/moldbugs-american-monarchy/

In the latest episode of the Decline & Fall podcast I discuss the history of the nation of Israel and take an objective look at their relationship with the United States. How should an America First patriot look at Israel?

Powered by Locals
About Community
The Decline and Fall of the United States of America
38 Members
Don’t have a Locals account yet? SIGN UP
I’m already a member Log in
Please keep this window open while your file is uploading...